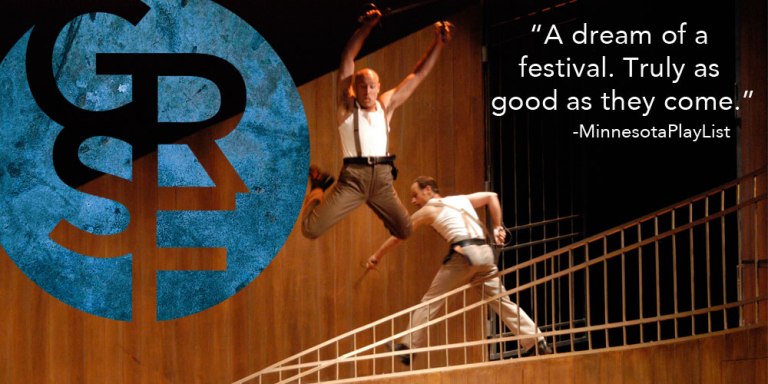 “Not only is the theater entertaining, engaging, relevant, and well done, but the festival is well organized and provides many other opportunities for entertainment and engagement throughout the charming river town of Winona.”

Cherry and Spoon: “…a theater festival is not just about seeing a play, it’s about the greater experience that a theater festival offers. A theater festival allows you to see a company of actors performing several different plays in rep, which doesn’t happen often anywhere else. So you get to see the same actor play several different parts in different stories, exploring a wider range than one role typically allows. And when the plays are well chosen (as they are here), they all relate to each other in ways obvious or not so obvious. The fun of a theater festival is when you begin to see similar themes emerging in the seemingly very different plays, in observing how they speak to each other, in making connections. And the best part of a theater festival that’s 100 miles away is that it forces you to leave your daily life behind and immerse yourself in theater, in the community of people coming together to make and experience art, and in all of the extra fun activities that are offered.”