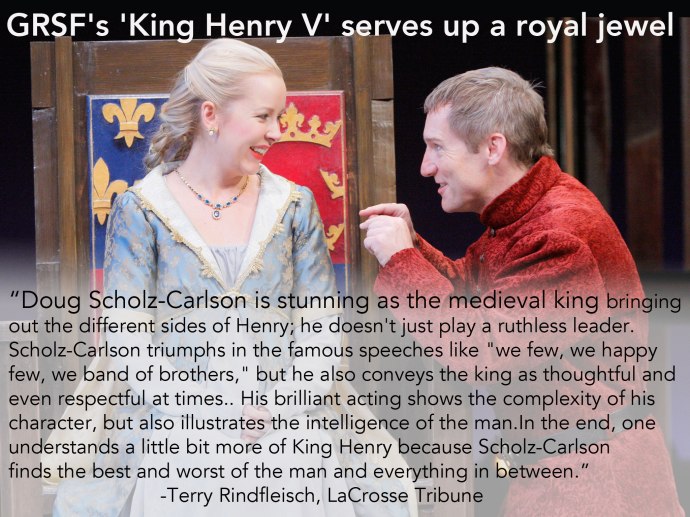 The Comedy of Errors – Repertory Theatre of St. Louis

“The two sets of twins do not disappoint in this physical and high energy comedy. Shining above the rest is Dromio of Syracuse played by Doug Scholz-Carlson. Carlson has such high energy and incredible stage presence that the fun on stage automatically increases each time he arrives. Not only does he execute his lines and physically demanding choreography skillfully, but he seems like he is having a great time doing it.”
–5MinutesThankYou.com

“The cast is uniformly splendid, energetic and generous to each other, allowing for a democratic convergence of talent and effort for the benefit of all…. Chris Mixon and Doug Scholz-Carlson display expert comic timing and craft as Antipholus of Syracuse and Dromio of Syracuse…”
–Ladue News

“Scholz-Carlson’s Peter is spot-on as a quintessential American who is psychically upended when his self-idealized role as caring observer is challenged by war’s harsh reality.” 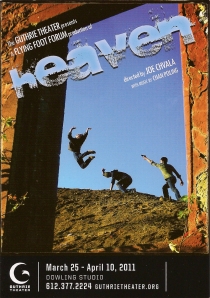 “Heaven follows American freelance photographer, Peter Adamson (a strong performance by Doug Scholz-Carlson) as he travels through Bosnia documenting the horrific events of the war…”

-How Was the Show.com | more

“The protagonist of the story is Peter Adamson, an American photographer (played by the wonderful Doug Scholz-Carlson, who is so good I’m surprise I haven’t seen him in anything before).”