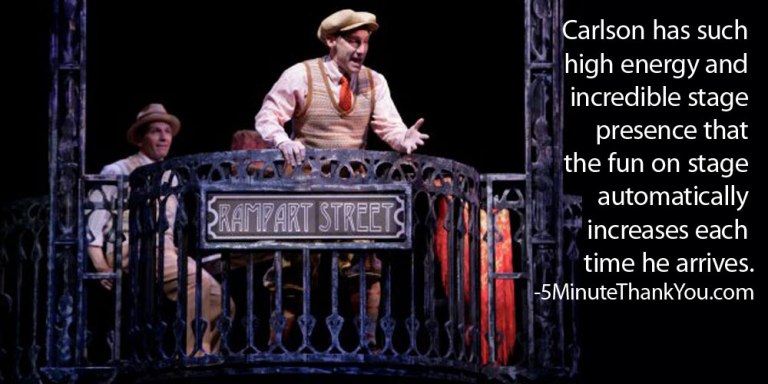 “The two sets of twins do not disappoint in this physical and high energy comedy. Shining above the rest is Dromio of Syracuse played by Doug Scholz-Carlson. Carlson has such high energy and incredible stage presence that the fun on stage automatically increases each time he arrives. Not only does he execute his lines and physically demanding choreography skillfully, but he seems like he is having a great time doing it.”
–5MinutesThankYou.com

“The cast is uniformly splendid, energetic and generous to each other, allowing for a democratic convergence of talent and effort for the benefit of all…. Chris Mixon and Doug Scholz-Carlson display expert comic timing and craft as Antipholus of Syracuse and Dromio of Syracuse…”
–Ladue News

Rep presents a delightful ‘Comedy of Errors’
“Each principal character gets a moment to shine. As the twin businessmen and their twin servants, Chris Mixon, Michael Fitzpatrick, Doug Scholz-Carlson and Christopher Gerson … make a shining quartet…”
-St. Louis Post-Dispatch (stltoday.com)